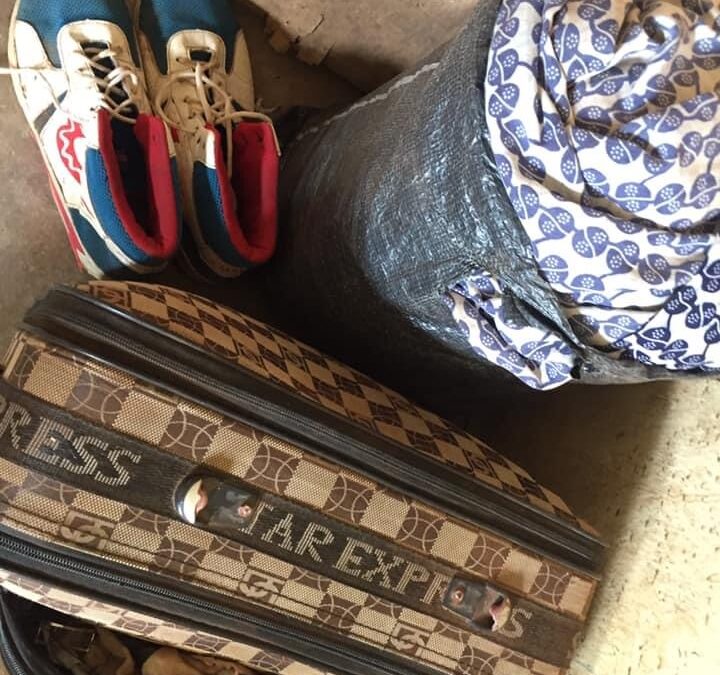 This is A True Life Story…

Earlier today, I received a call from the office of the counselor of a secondary school in Ado-Ekiti, Ekiti State, Nigeria 🇳🇬.

She was concerned about Sunday, one of her students.

Hearing story of the boy, I left all I was doing and went to the school.

He would wake up very early in the morning, take his bath and walk into the classroom for his classes.

He said “Mo fe kawe” meaning “I want to go to school.”

Sunday lost both parents when he was a little boy and has to live with his grandma.

These deficient attributes didn’t allow some people who were interested in helping him do so.

For example, he was staying with the formal vice principal of the same school for some time but was sent packing because he was fighting with other children at the home.

As I listened attentively to his story narrated by both him and the two counselors, I was moved to tears but couldn’t allow the tears drop.

At this point, I was also thinking of my own journey… I lost my dad and mum at a tender age. God used some people to help me through with my education. The more reason, I founded Christiana Titilayo Foundation – CTF.

What can we do?

I needed to be sure he has a living relative…

His aunt was sent for…

She came in from Ikere-Ekiti.

She had been looking for him for the past 3 days…

He left home without notice.

She confirmed the fact that Sunday isn’t brilliant academically and of his aggressiveness.

She said she has upto 13 other children at her care…

She narrated how she took Sunday and his siblings right from childhood after his parents’ death.

To cut the story short, the counselors advised he enrolled in a technical school. I agreed. His aunt did too.

She would find out about the details of enrolling him in a technical school and get back to us.

I told them CTF, our foundation, would support in whatever capacity we can.

I’m glad that going to the school was fruitful.

Sunday can still become somebody great tomorrow with your help and my help. The teachers are already doing their part.

There are many Sundays out there who would become great if we don’t give up on them.

We cannot do it alone.

Any form of help from you would be highly appreciated.

Thank you for reading.

Donate to support our NGO.

You have Successfully Subscribed!

We share stories of the children and youths we impact around Africa. Join our mailing list to such stories and also receive the latest news and updates from our team.

You have Successfully Subscribed!